Jah Hero is a self taught musician, singer-songwriter, and producer from The Gambia, living in Germany. His music is a mix of Roots Reggae, Dancehall & Acoustic World Music, through which he reflects his message of peace, unity & respect amongst all nations and races. He has already been tour with, played alongside and opened for many Jamaican artists such as Richie Spice and Movado. He is currently based in Saxony and play shows all across Europe with Sound Systems or his band The DubSociety.

Jah Hero, born Joseph Mendy on the 20th of July 1980, grew up in The Gambia, where he started off as a DJ, and later formed The Roots Bongo Band with fellow Gambian musicians.

In 2009 he moved to London, where he began learning sound engineering, and recorded an album for the band. The first single ‘Leaders of Tomorrow’ written, and performed by Jah Hero was played on BBC 1 Radio introducing his music in the UK.

In the summer of 2012 he temporarily moved to The Gambia together with fellow band singer Nina Beste, to promote the band’s album and to go on a national tour. 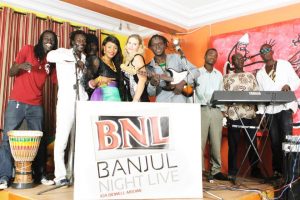 During his time in The Gambia, Jah Hero appeared on several local TV shows such as ‘Starline’, ‘Fatou Show’, and ‘Banjul Night Live’. He gave interviews, and press conferences about his journey, and the band on local radio shows and for newspapers, and he co-hosted the radio program ‘Around The World With Nina’ on Paradise FM.

He also played for several Charity Organizations, including Open The Gate, to support the education of Gambian youth.

Having a German lead singer – Nina Beste – in the band, their message of unity, and respect amongst each other, was one of their greatest missions. The band was frustrated to find out, not to be featured on local TV Show ‘Fila’ due to having a non-Gambian band member. This enforced their mission to make people unite, no matter their colors or races even further. Jah Hero has since kept this mission, and message in his music, and even features Nina Beste on several songs of his album, as well as collaborating on making Pop songs into Reggae covers. 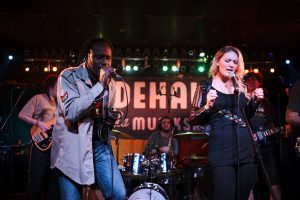 In 2014 Jah Hero left the band, and moved to Berlin, Germany, where he has been recording his debut solo album. His first single ‘Rise’ was released online over his management / indie label ‘Manjago Vibrations’ in September 2015. 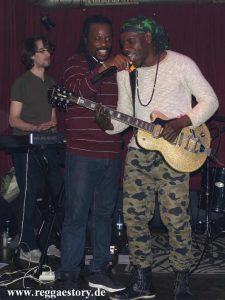 In March 2016 Jah Hero embarked on his first Europe Tour as the opening act for Reggae Legend ‘Chuck Fenda’, including several live band shows. His first solo album ‘Chants of Freedom’ was released on the 16th of March 2016, and has since been well received by his fans and the Reggae Scene internationally, with airplay all around the globe. During the summer of 2016 he played Festivals such as the Afrika Festivals of Nürnberg, Stuttgart and Bayreuth.

He then briefly took a break from touring to focus on his first born and now Jah Hero is working on his next band album and he is playing live shows around Europe. 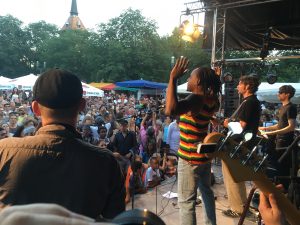 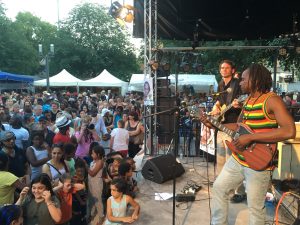